Gene-editing sugarcane for use in renewable energy and bio-plastics could help secure the industry’s future.

The University of Queensland’s Professor Robert Henry said sugarcane’s reinvention as an “energycane” crop could sustain the industry in the face of falling global demand for sugar.

“The industry must think beyond just producing sugar, to also producing electricity, biofuels for transportation and oils to replace traditional plastics,” he said

Professor Henry, Director of the Queensland Alliance for Agriculture and Food Innovation (QAAFI) at UQ, is conducting the first gene-editing experiments to tailor sugarcane production to effectively produce biofuels and bioplastics.

“It’s about reinventing sugarcane as a crop with a wider range of end uses, and sugarcane is ideal for renewables because it is fast-growing with abundant biomass,” he said.

He is working with a global team to sequence the sugarcane genome as part of a US Joint Genome Institute project.

“Sugar is the last major cultivated plant to have its genome sequenced, and we expect to see it fully decoded by 2020,” Professor Henry said.

“Having sugar’s genetic template will allow us to look at growing sugarcane as a biofuel and a source of  100 per cent recyclable bioplastic, making it a  substitute for petroleum in the production of countless items from cosmetics to car parts,” he said. 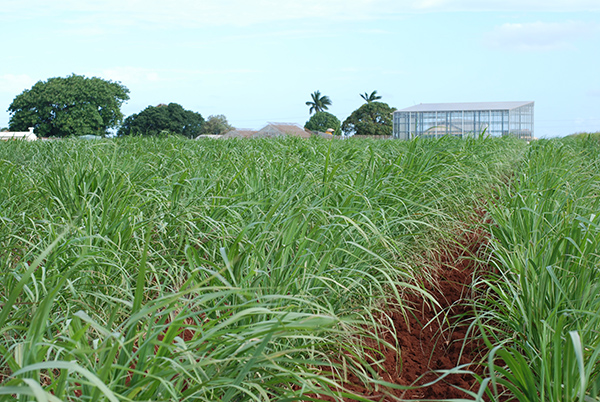 “Gene-editing of the sugarcane genome will allow the sugar industry to explore adaptations that will reduce environmental impacts, especially on the Great Barrier Reef,” Ms Morris said.“It will help the industry to broaden the potential of a sugar crop to a wider range of uses. Biofuels and bioplastics will be important to the long-term future of the industry,” she said.

Professor Henry, who has helped lead genomic breakthroughs in decoding the sugarcane genome, said the science was quickly developing to allow growers to tap into the commercial opportunities in renewables.

“The industry must look to the future.”

QAAFI researchers supported by the US Joint BioEnergy Institute and Sugar Research Australia through an Australian Research Council Linkage grant are testing a range of sugarcane varieties to identify which types produce ethanol most effectively and efficiently.

Researchers are also collaborating with the Indian Institute of Technology in Delhi to investigate processes that break down sugarcane fibre to make bioplastics.

“Drink bottles made from sugarcane bioplastics are just one product on the agenda from this collaboration,” Professor Henry said.

“Economics is the key. Now that we understand more about the genetics of sugarcane, these sorts of products are becoming commercially realistic.”