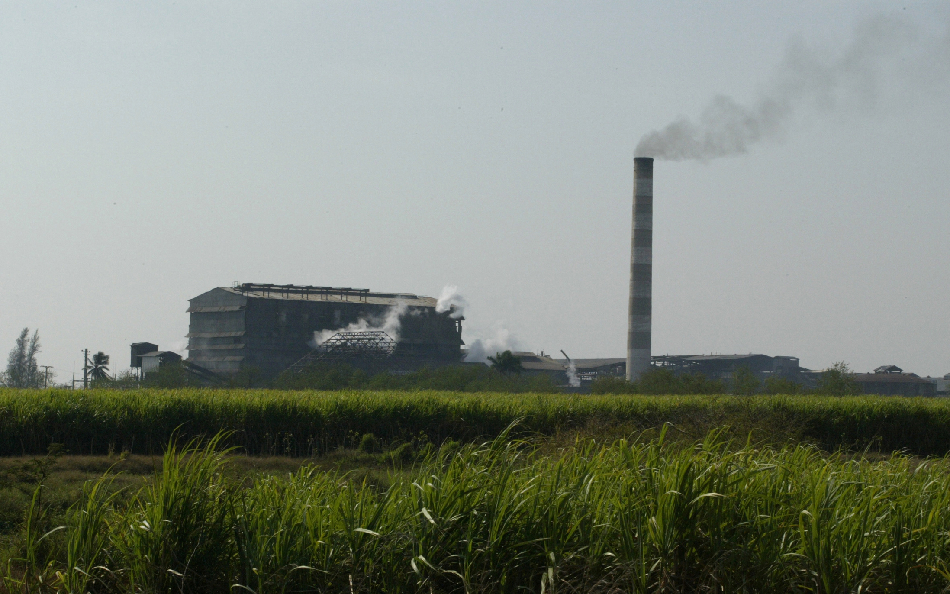 Cuba, like other countries with few fossil energy resources, has used biomass to fuel its industrial processes for decades. More recently, it has worked to improve efficiency and increase the role that these plants play in supplying grid power. – Amaury Perez Sanchez

Editor’s Comment: Using sugarcane bagasse for electricity cogeneration is a well established practise. The novelty (blended biomass) presented in this report relates to the co-firing of additional ‘waste’ biomass in a sugar mill. However, bagasse, in our humble opinion, is a more valuable biomass feedstock for fuels, chemicals, paper, feed etc., than just another fuel source. Supplying a bagasse-fired boiler with a biomass blend is a first step in releasing this value. Our Biomass.Market™ platform helps sugar millers in managing the supply of additional, blended biomass .

The sugarcane agribusiness has supported the Cuban economy for decades, and nowadays it plays an important role in the rapid development and growth of the country’s internal and external markets. Today, sugarcane biomass constitutes the energy source with highest potential in the medium to long term, as Cuba is an agricultural country with a sugarcane industry that generates millions of tons per year of high-energy-value residues.

However, the once-strong Cuban sugar industry, which was capable of producing up to eight million tons of sugar per year, hit the bottom in 2009–2010 when total sugar production tumbled to 1.1 million metric tons (mt), the lowest level in 105 years. The situation is beginning to improve, and the administration is taking some important measures to boost efficiency and increase production.

Bagasse Distribution and Use

Sugar cane bagasse (or bagasse) constitutes the fibrous matter that remains after sugarcane stalks are crushed to extract their juice. From the chemical point of view, it is composed of:

Bagasse has historically been used as a fuel in the sugar industry, and although its calorific value is relatively low (~5,600 to 8,900 kJ/kg) as compared with traditional fossil fuels, there is no doubt that it constitutes a valuable energy source, especially for countries that don’t have significant availability of fuels and that are major sugar producers, like Cuba. The high-fiber sugarcane (HFS), sugarcane harvest residues (SHR), and integral milled cane (IMC) constitute other sugarcane byproducts and residues that could be used as fuels for steam generation in sugar factories.

Figure 1 shows that four countries dominate the global generation of bagasse: Brazil, India, China, and Thailand. According to data recently published by Azcuba (formerly the Cuban Ministry of Sugar Industry), in 2012 about 3.96 million mt of bagasse were used as fuel in thermal power plants, and Cuba ranked fourth worldwide (Figure 2). Power generation from bagasse represents 20% of the global installed biomass capacity (Figure 3).

Cogeneration in the Cuban Sugar Industry

Bagasse cogeneration (which is the term most countries use for combined heat and power) was initiated in Mauritius and Hawaii. By the 1926–27 season, 26% of Mauritius’ and 10% of Hawaii’s electricity generation came from sugar factories. Bagasse cogeneration is also the basis of power generation efficiency in Cuba’s sugar industry.

The cogeneration principle has been used in Cuba since the very beginning of the 20th century. For example, in 1911 a power plant was installed in a sugar mill with enough capacity to satisfy the factory’s energy needs and supply surplus power to consumers. Today there are 185 bagasse-fired boilers installed in 56 sugar factories all around the country, with a total power capacity of 532.1 MW, and all sugar factories operate under the cogeneration principle (Figure 4).

There is a current trend in the Cuban sugar industry that puts special emphasis on process integration, mainly power-processes combination, in order to achieve a more logical synchronization between the power generation system and the production process. As compared with power systems characterized by the exclusive production of electricity, the power systems used at sugar mills are more efficient, as they can generate all the electricity required for primary engines and auxiliary equipment while supplying the heat needed from the residual energy contained in the exhaust steam. The energy demand of a sugar mill could be satisfied with almost half of the bagasse it produces.

Nowadays, several sugar mills are searching for more optimized energy schemes to obtain the highest amounts of surplus bagasse possible, to be used as a raw material to produce important chemicals and products such as ethanol, activated carbon, resins, and wallboards, and also as an energy source to produce additional electricity. Consequently, power generation has become today one of the main products or outputs supplied by Cuban sugar factories, that is, power is considered a main product and not a byproduct.

Some Cuban sugar factories are applying several measures to increase and optimize the efficiency of their cogeneration systems:

■ Use of high-efficiency boilers capable of producing steam at high pressure (65 to 85 bar) and temperature (450C to 500C), with low fuel consumption and steam generation per unit of power produced.

■ Mixing bagasse with some sugarcane agricultural residues such as straw, green leaves and tops, and also with other plants like marabou (Dichrostachys cinarea), to obtain low-priced, high-energy fuel mixes. This also includes mixing of HFS, SHR, and/or IMC with bagasse.

■ Design, field evaluation, and commercial implementation of integrated gasification processes and technologies in sugar mills, in order to gasify sugarcane bagasse and/or related biomass residues. For example, last year a joint venture was established between Azcuba and Optimo Finance, a Norwegian consulting firm, in order to design, install, and evaluate a prototype 17-MW BIG-GT (biomass integrated gasification gas turbine) gasification plant at the Antonio Guiteras sugar mill in the province of Las Tunas, to produce about 110 GWh per year.

■ Increase the operational efficiency and steam exploitation of all the steam-consuming/producing equipment, especially heat exchangers, turbines, and boilers.

■ Use of at least one turbine operating under partial condensation conditions, or using only one extraction/condensing, high-capacity steam turbine, working at 60 to 80 bar and 500C to 530C.

■ Use of the exhaust steam from the evaporators to heat juices exclusively.

Today, Cuba’s sugar industry accounts for 3.5% of national electricity generation, and it’s expected that the implementation of the aforementioned measures will generate a surplus of 755 MW to the national grid by 2030. The aim is to increase the amount of electricity generated by sugarcane biomass to nearly 14% by 2030. The gradual installation of modern bioelectric plants in some sugar mills will also increase the odds of reaching that goal.

The implementation of efficient cogeneration systems will bring the following advantages to the Cuban economy:

■ A decrease in electricity transmission and distribution losses.

■ Lower emissions of carbon dioxide (CO2) and other gases than from conventional fossil fuel generation.

Cuba is considered the country with the highest potential to use bagasse-fired cogeneration in its energy production balance, reaching a value as high as 25%, according to a 2004 study by the World Alliance for Decentralized Energy (WADE).

As mentioned above, in recent years, several biomass residues have been studied or evaluated in order to be used alone or mixed with sugarcane bagasse as a fuel for cogeneration in Cuban sugar mills. One of the most important biomass sources considered for this purpose is the marabou plant. This woody shrub—considered an agricultural plague in Cuba—has an average net heat value (NHV) of 15,700 kJ/kg, which is about 2.1 times higher than the NHV of sugarcane bagasse. Several studies have shown that the steam generation rate of a standard Cuban sugar mill will increase by three times if marabou is used as the main fuel, as compared with the use of bagasse under the same operational conditions. Recently, reports have recommended mixing marabou biomass with bagasse (to make a bagasse-marabou fuel blend) in order to avoid several operational issues during combustion in the boiler, such as slag deposition problems, reduced burning efficiency, and increased fuel compactness.

Several other biomass sources are being used or studied as fuel additives for bagasse in selected sugar mills around the country. The most important are rice husk (NHV ~14,000 kJ/kg) and sugarcane straw (13,000 kJ/kg).

Finally, the use of an oil sludge–fuel oil mixture as a fuel in bagasse-fired boilers has shown promising results to date. Some reports have demonstrated that the use of a fuel mixture containing 35% sludge oil and 65% fuel oil will provide between 30% and 38% cost savings in terms of fuel expenses, without affecting significantly several important issues like steam generation rate, pollutant emissions, and boiler thermal efficiency. This oil sludge is obtained as the heavier residue from clarification (by a centrifugation process) of “raw,” untreated fuel oil, prior to its being burned in fossil fuel plants.

Emissions from the Cuban Sugarcane Industry

The most important sources of gaseous pollutants found in the sugarcane industry are burning sugar cane prior to harvest operations, fermentation processes in distilleries, and bagasse-fired boilers’ operation to produce steam.

The practice of burning sugar cane prior to being harvested is prohibited in Cuba because of its negative environmental impact. Although the practice has decreased to 10% to date, it’s still taking place in some areas either by accident or due to negligent actions. Burning a sugarcane field releases considerable amounts of CO2, with estimates varying from 2,600 kg to 4,500 kg CO2/hectare.

In conventional distilleries, great amounts of gaseous CO2 are produced during the alcoholic fermentation processes. A typical Cuban distillery that produces 600 hectoliters of ethanol per day will generate about 45 tons of CO2. This CO2 could be recovered and used in several industrial applications, but in Cuba there are very few distilleries that recover it, and then only in small quantities, thus the bulk is released to ambient air.

The operation of bagasse-fired boilers for steam generation is currently the most important source of gaseous contaminants in the Cuban sugarcane industry, and it’s closely related to several factors such as bagasse properties (including humidity and ash content), bagasse pretreatment processes, furnace/boiler characteristics and operation, as well as the type of combustion system used. Particulate matter, combustion products, and volatile organic compounds are the primary pollutants emitted from the sugarcane processing industry. Combustion products include nitrogen oxides, carbon monoxide, CO2, and sulfur oxides. Actually, there aren’t treatment systems and technologies installed in Cuban sugar mills (such as the one shown in the opening photo) to control gaseous emissions. This is a topic that is gaining increased attention due to recently released environmental regulations, and several projects (mechanical collectors, cyclones, and wet scrubbers) are being designed or are under development in some selected sugar factories for gaseous emissions control.

It must be said that sugarcane plantations may act like efficient absorbent materials, as they can absorb high amounts of CO2 and transforms it into oxygen, resulting in the so-called “forest effect.” It’s calculated that 1 hectare of sugarcane can absorb more than 60 tons of CO2 and produce nearly 40 tons of pure oxygen.

Bagasse combustion is environmentally friendly because it boasts low particulate and CO2 emissions. The CO2 produced during bagasse combustion is the same amount that the sugarcane absorbs when it grows, which means that there is an environmental balance between CO2 generation and utilization—that is, CO2 is cycled back to be re-fixed by the photosynthetic process in the next crop.

Bagasse-based cogeneration is considered today one of the main advantages of the Cuban sugarcane agroindustry, especially in light of worldwide energy changes and the need to consolidate the Cuban power mix. Today, this industry is self-supporting from the energy point of view, but its power contribution is not enough to face future demands from other dynamic sectors such as construction. Therefore, the need to keep optimizing it and increasing its application in other areas of the country’s economy remains.